Home > Computer > Should You Buy An Apple Mac or A PC? 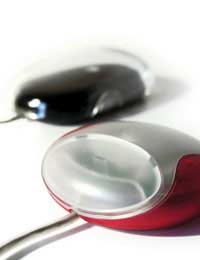 If you’re considering buying a new computer, it’s important to remember that you are presented with a choice; the choice between the trusty, traditional Microsoft Windows based PC, and the slightly more modern and stylish Apple Macintosh.

Technically, both are classed as PCs (personal computers) but usually when someone refers to a PC they are referring to a machine running a Windows based operating system. Apple Macs on the other hand, run on their own operating system developed by Apple.

Many of you will have already formed an opinion and possibly even a loyalty toward your preferred machine, but for those of you who are unfamiliar with the battle between PC and Mac, this page should help explain some of the differences between the two, as well as some advantages and disadvantages of each system.

When making the choice between Mac or PC, you obviously need to take your own personal requirements for the machine into consideration. For example, most offices tend to use the traditional Windows based PC system as it is more geared toward fulfilling office based functions such as word processing, e-mail and producing spreadsheets.

In a studio or media suite however, you are more likely to find Apple computers as they tend to be geared toward more media based functions such as film and photo editing, desktop publishing and music production. This doesn’t mean that Apple computers can’t perform a lot of the same tasks as a PC and vice versa, it simply means that each system tends to be considered better suited to different tasks.

Therefore, if you plan to use your machine for sending e-mail, word-processing and creating spreadsheets, most people would argue that you are better off with a traditional PC. For those of you that fancy yourself as a bit of a media savvy type, the Apple Mac may be a better option.

The usability of these two machines is essentially a matter of preference. However, Apple do tend to focus more time on making their system easier to use, with many useful extra functions, shortcuts and gimmicks that not only make using it more enjoyable but can increase productivity as well.

One disadvantage of the Mac operating system is its inability to play the majority of today’s computer games. Most non-console games are still only produced for PC, leaving the Mac out in the cold. This means that in the eyes of many video gamers the Mac/PC debate is instantly over based on this point alone.

However, more game developers are starting to release Mac versions of their software so this problem may soon be solved, and for those of you who want a Mac but are too impatient to wait for the computer games industry to change, you can now install Windows onto Apple computers.

Its All In The Looks

The way a product looks can be very important. When you spend a lot of money on a new gadget there’s no harm in wanting it to look good as well as perform well. On this aspect, most people would argue that Apple Macs have the advantage. A lot of time and money has been put into the design of their products and the results are impressive. Macs tend to be sleek, and shiny and have a sturdy, well-made feel to them, unlike most PCs which tend to be geared toward function rather than form.

However, with a little extra cash, there are many PC brands that produce machines with both in mind. You are also presented with a lot more choice when it comes to PCs, as they are produced by a range of different manufacturers, whereas the Mac is only produced by Apple so you only have a handful of designs to choose from.

Cost can often be the deciding factor when choosing a new product. So, is there much of a price difference? Well, in short, yes; Macs tends to be more expensive. Prices for the iMac (their standard desktop model) start at just under £800 and rise quite sharply as the spec increases, whereas you can pick up a PC with a reasonable spec for just a few hundred pounds nowadays.

So if you’re looking for a computer on a budget, then the PC appears to be the better option. However, if money is not so much of an issue, then most of the disadvantages of the Mac can now be overcome with a little extra spending.

What is Vista and can I Upgrade my PC?